Immigration to Nova Scotia with Immigration Canada Pro! The NSNP currently has nine different streams. All news about this program is available on this page! 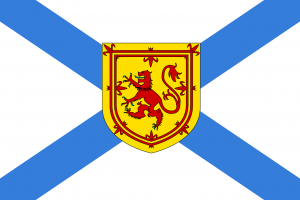 The flag of Nova Scotia 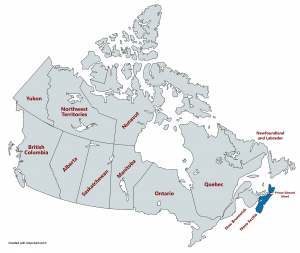 Nova Scotia on the map of Canada

What streams exist in the NSNP? All information is summarized in a convenient table.

All streams of the NSNP

May 22 – Nova Scotia invited nurses in the NSNP

On May 22, 2020, Nova Scotia conducted a new draw in the Labour Market Priorities Stream of the Nova Scotia Nominee Program (NSNP). In this invitation round, the province issued Letters of Interest to Express Entry candidates whose primary occupation is registered nurse or registered psychiatric nurse (NOC 3012). All invited candidates must prove a relevant higher education and have letters of reference from employers to prove three or more years of experience as a nurse. In addition, all invitees have to demonstrate the language abilities at a Canadian Language Benchmark level 8 or higher in English or French in all language abilities.

On April 27, 2019, Nova Scotia held an invitation round in the Labour Market Priorities Stream of the NSNP. In this round, Nova Scotia invited Express Entry candidates whose first official language is French. The eligibility criteria in this round required a CLB score of 8 or higher in French and a CLB score of 6 or higher in English in all four bands. Additionally, candidates should have a bachelor’s degree or graduate from an education program of three or more years.

On February 29, 2020, Nova Scotia has updated its list of designated employers. Since the last update, Nova Scotia designated 42 new employers. The list now includes 1,176 employers that have been designated by the provincial government to participate in the AIPP. In total, there are 2,469 employers in all four Atlantic provinces who can hire foreign workers in the framework of AIPP.

Invitation rounds to Nova Scotia in 2020

Immigration to Nova Scotia in 2019 Archive