Immigration to Canada: what to expect in 2020? Federal elections took place on October 21, 2019, and the victory was again won by the Liberal Party of Canada, led by Justin Trudeau. The liberals formed a minority government because they could not get more than half of the mandates in the lower house of parliament, which means that in order to make any fundamental changes in the laws, the Liberals will need to negotiate with the opposition. 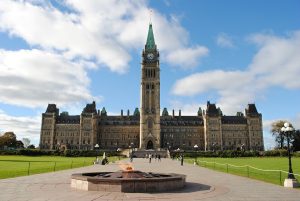 The Parliament of Canada

The activity of liberals in the field of immigration is generally assessed as positive because Canada is breaking all records in the number of immigrants, foreign students and workers who have arrived in the country. On the other hand, officials can barely cope with the influx of work, and during these four years, delays in processing applications have occurred quite often. In addition, the problem of illegal migrants who crossed the southern border is also unresolved. A series of minor scandals, in the end, probably forced Trudeau to shuffle the cabinet.

On November 20, 2019, Marco Mendicino replaced Ahmed Hussen as Minister of Immigration, Refugees and Citizenship (IRCC) in a new office led by Justin Trudeau. Leading a team of more than 8,000 IRCC employees, Mendicino will be responsible for fulfilling the campaign promises of the Liberals published in their election platform.

What did the Liberals promise?

Do you want to find out your chances of immigrating to Canada? – Fill out the online assessment form and book a consultation!

One of the most anticipated changes in the immigration policy of Liberals is the commitment to make the Atlantic Immigration Pilot (AIP) program permanent and increase the program quota to 5,000 per year. This program has been successful and, most importantly, helps to achieve the goal of attracting immigrants to the Atlantic provinces. The Atlantic program was launched in March 2017. The main goal of the program is to attract and retain qualified immigrants and graduates from different countries to meet the labour needs in the Atlantic region and stimulate the economic growth of the four Atlantic provinces. From the launch of the pilot project and until August 31, 2019, 4,150 immigrants arrived in Canada through the AIP.

Another promise was to launch the Municipal Immigration Program (MNP), which allows local communities to choose their own immigrants. MNP will also have an annual quota of 5,000 seats. Further details on this initiative are expected to be published in early 2020.

Liberals have promised to make an application for Canadian citizenship free. Citizenship allows immigrants to become full-fledged residents of the country, giving them the right to vote and run for election. In addition, Canadian citizens get the opportunity to get a Canadian passport, giving visa-free entry to a huge number of countries around the world. Currently, citizenship fees are CAD 630.

Taking into account the fact that all large parties have almost the same views on immigration policy, one should not expect any drastic changes. In general, the government will continue to develop economic immigration programs with a focus on attracting labour to the peripheral and rural parts of the country.