After Russia’s attack on Ukraine, Canada introduced new ways for Ukrainians to seek refuge and extend their legal status in the country. The Government of Canada supports Ukraine and the Ukrainian people in the ongoing Russian-launched war and encourages all Ukrainian nationals to apply under Canada’s newly launched streams for Ukrainians. 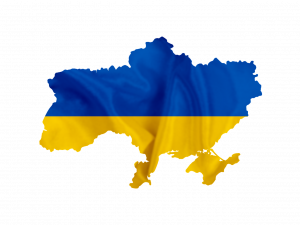 On February 24, 2022, the Government of Canada introduced new measures for Ukrainian applicants. The applications of family members of Canadian citizens and permanent residents, as well as the applications of those who currently live in Ukraine and are waiting for their citizenship, permanent or temporary resident applications to be processed, have been prioritized. The Government also began to urgently process travel documents for Ukrainian-Canadian’s immediate family members who do not possess valid passports to allow them to travel to Canada at any time. Ukrainian citizens will still have to undergo security screening and provide biometrics requirements.

In addition, the Canadian Government also extended the temporary public policy that allows temporary residents residing in Canada to apply for a work permit and stay here while their work permit application is being processed. Ukrainian citizens who cannot go home will be able to stay in Canada and renew their work and study permits. Fees related to travel and immigration documents have been waived to provide more Ukrainian citizens with the opportunity to come to Canada.

For Ukrainian citizens who want to come to Canada temporarily, the Government of Canada will create a Canada-Ukraine Authorization for Emergency Travel in two weeks. Under the new pathway, available for individuals fleeing Ukraine, an unlimited number of Ukrainians can be accepted. This pathway is considered to be the fastest, safest, and most efficient way for Ukrainian nationals as it eliminates many of the normal visa requirements. The new pathway will be open for all Ukrainians and allow them to stay in Canada for at least 2 years.

The Government also launched a new program for immediate and extended family members of Canadian citizens and permanent residents to allow them to permanently move to Canada. Under the new special family reunification sponsorship pathway for permanent residence, Ukrainian-Canadian families will be able to sponsor their families and bring them to Canada.

In the coming days and weeks, the Government of Canada will announce more information on these new temporary and permanent residence programs. Over the last month, Immigration, Refugees and Citizenship Canada (IRCC) has been working closely with the Ukrainian Canadian Congress and other government departments to ensure that all measures meet the needs of Ukrainians and their communities. As of February 28, 2022, the Government of Canada has approved 4,000 applications for Ukrainian citizens. IRCC hired additional staff members and installed extra resources in the Poland, Austria, and Romania offices to process a large number of Citizenship, Permanent Residence, and Temporary Residence applications of Ukrainian applicants.

The Canadian Government also lifted the vaccination requirements for Ukrainians who fled the war zone. As of now, all unvaccinated or partially-vaccinated Ukrainian nationals who possess a temporary resident visa/permit, or an approved written notice for their application for permanent residence can enter Canada. upon their arrival in Canada, all unvaccinated or partially-vaccinated Ukrainian citizens will have to meet quarantine and testing requirements.

The Ukrainian people demonstrate incredible courage and defend themselves and their families against Russian aggression. Canada stands with Ukraine and welcomes all Ukrainians with open arms. The Government of Canada provided a service channel for Ukrainian nationals to accept their inquiries. They can get in touch with Canadian officials by calling 613-321-4243 or sending an email with the keyword “Ukraine2022” to prioritize their emails.

If you need help with immigration to Canada from Ukraine, Immigration Canada Pro can help you to apply for a visa or permanent residence in Canada. Contact us to know more about Immigration opportunities for Ukrainians!