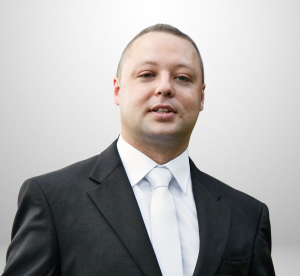 Oleg was born in Ivano-Frankivsk, Ukraine. He holds a Master’s Degree in European, Russian and Eurasian Studies from Carleton University (Ottawa, ON). He also graduated from the double major program in General History and Political Science from Bar-Ilan University, Ramat-Gan (Israel). Oleg received his Immigration Consultant Diploma at Anderson College in Toronto.

Mr. Schindler specializes in all economic immigration pathways, including business immigration. He focuses on helping entrepreneurs with innovative ideas to apply for the Start-Up Visa Program. Following his previous experience in the ICT industry, Oleg developed a network of connections with IT experts, business consultants, venture investors, business angels, and business incubators.

Oleg is an expert in the programs served by the Express Entry system as well as Provincial Nominee Programs, with a special emphasis on the Ontario Immigrant Nominee Program (OINP). Having personal experience as an international student in Canada, Oleg also has filed multiple applications for study permits and post-graduate work permits, as well as open work permits for spouses accompanying international students.

In addition, Mr. Schindler helped many Canadian employers to find foreign workers to fill the jobs in their companies. Moreover, the approval rate for filed LMIA cases is about 99%.

Oleg also serves as the CEO of Schindler Consulting and Managing Editor of the News Canada Immigration portal. He authored dozens of articles about immigration to Canada in English and Russian. In the past, he worked as a Research Associate at Digital Report Analytica, SecDev Foundation, where he took part in the research of the Digital regulations in the fields of E-Government, Internet Freedom and Digital Economy in the Eastern European and Central Asian countries.

Mr. Schindler is fluent in English, Ukrainian, Russian, Hebrew, and possesses some working proficiency in Polish and Belarusian.

Book a consultation with Oleg Schindler!